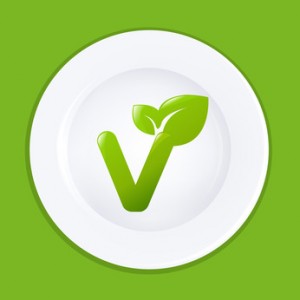 Being vegan can help you lose weight, be healthier, be more ethical towards animals and improve the environment. Many celebrities and public figures are vegan such as Alec Baldwin, Fiona Apple, Mayim Bialik, Natalie Portman and even former president, Bill Clinton. Here are the top seven reasons you should go vegan too.

1. You Will Save Animals

By being vegan you can save up to 100 animals a year from horrible living conditions and death. Being vegan is the best way to help animals ethically by refusing to contribute to cruelty towards animals that exists in the meat, dairy, egg and leather industry. Animals used for food can be just as intelligent as a household pet can yet they are kept in horrid conditions that include overcrowding and feeding them hormones and antibiotics.

2. You Will Lose Weight

The average vegan weighs twenty pounds less than meat eaters. Unlike fad diets that come and go, being vegan is a lifestyle change. This means you don’t gain the weight back on don’t get left feeling tired and without energy. Vegan food is lower in saturated fat than meat giving you a healthy way to lose weight.

3. Vegan Food is Good for Your Health

Besides the general health benefits from losing weight when you are a vegan, going with a vegan lifestyle can also help you be healthier in general. Vegans are less likely to develop diabetes, high blood pressure, heart disease and cancer than meat eaters are. You can still get all the nutrients that a person needs to be healthy as a vegan without unhealthy things such as cholesterol and saturated animal fat.

Gone are the days when being vegan meant only eating salads. You can now have pizza, burgers and even ice cream as more and more companies come out with soy and vegetable-based food especially for vegans and vegetarians. Being vegan no longer means giving up the food you love. More and more supermarkets sell substitutes for the foods that you eat every day without the ethical and health drawbacks.

5. You can Help With Worldwide Hunger

For every pound of meat that you consume, it takes 16 pounds of grain to raise that animal. That amount of food could go to much better use feeding those in poverty.

6. It is Better for the Environment

The meat and dairy industries cause massive amounts of pollution that damage the world’s environment and releases carbon and methane into the atmosphere. Eating meat helps contribute towards adding greenhouse gasses into the atmosphere and greatly influences climate change. Being vegan is one of the best things you can do to help the environment.

7. Meat can Cause Diseases

By going vegan, you will be able to lead a much healthier lifestyle. You will be consuming the foods rich in healthy nutrients and be eliminating many of the unhealthy items you shouldn’t be consuming. You will also have a great deal more energy as well.